It has been 2 weeks since the Atmegatron was launched and I have been frantically assembling and shipping units. Atmegatrons are now being used in the USA, Japan and Finland, to name just a few of the countries that I have been shipping to. I have been overwhelmed by the positive response that the Atmegatron has received so far. I hope to share some of these comments on the website soon. 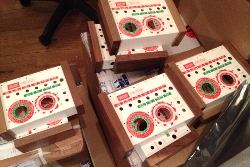 Don't forget that the Atmegatron is available in 2 flavours: 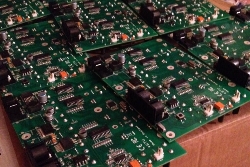 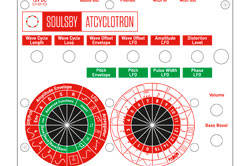 The Atcyclotron software will be made available in 2 weeks time. It will be the first major alternative software version for the Atmegatron.

The Atcyclotron software allows the user to select 4 different waveforms, rather than just 1. These waveforms are then played in turn.  There are controls to set how many samples from each waveform are played and how many times they should loop. Here is a short clip of what it sounds like.

The Atcyclotron software really shows the Atmegatron's ability to change into totally different sounding synthesizers.
Why buy 1 synth when you can have ∞? 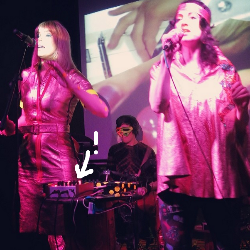 Be sure to check out Chicks On Speed on tour if you live in Australia. The Atmegatron is part of their live setup, so look out for it! Upcoming dates are:

There are also more Atmegatron demos by some exciting names in the pipeline.  Stay tuned to the demos page for those! You can also hear the Atmegatron factory presets on there too.