The latest Atmegatron demo is a collaboration between _ensnare_ (AKA nervous_testpilot AKA Paul Taylor) and Soulsby Synthesizers (AKA Paul Soulsby). The track was produced in 2 days (1 day record, 1 day mix) and uses only Atmegatron sounds and minimal plugin effects. This is an important demo as it provides an insight into one of the most important features of the Atmegatron: the ability to upload different software and turn it into a completely different synthesizer.

This sounds complex and daunting but is staggeringly straightforward. It just involves connecting 1 cable, opening the Arduino code (which will be available from the website), flicking 1 switch on the Atmegatron and clicking the upload button! I’ll be posting a tutorial video this week that demonstrates this process. 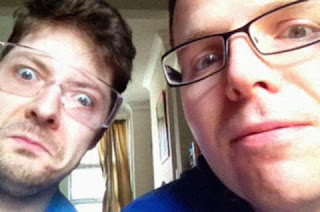 Next came the drums. We returned to the classic Atmegatron software and created some drum sounds that we could sample. We used classic analogue synth techniques to make the drum sounds, e.g. pitch envelope on a sine wave for the kick, filter envelope and low pass filter on a noise wave for the snare etc. The high pass filter was used for the high hat and shaker. We also experimented with the Atmegadrum software, which turns the Atmegatron into a sampling drum machine. This didn’t make the track, but you can be sure that there will be a lot more about this software in the near future. [edit: turns out that the Atmegadrum did make it into the track, it’s just low in the mix.]
Atmegatron drum sounds

For this we experimented with the Atcyclotron software. This is wavetable cycling synthesis software and can generate sounds similar to the PPG Wave. Instead of using just 1 waveform you use 4 and a number samples from each waveform are outputted in turn. After we created a bass sound we then created sounds for breaks and drops by playing around with the wavetable cycling parameters.
Atcyclotron bass and fx

We then returned to the classic Atmegatron software for the remainder of the track. We recorded 2 different lead riffs using a variety of sounds, sometimes adjusting parameters like filter cutoff and LFO frequency live. Numerous of the Atmegatron’s parameters are controllable via MIDI Controller messages and we made use of this to add portamento between certain notes.
Atmegatron lead sound
With all the key parts in place, it was time for Paul Soulsby to crack open a Smirnoff Ice and for Paul Taylor to thrash him at Speedball II. 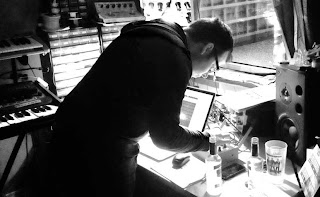 The remainder of the day was spent recording fx and fill sounds. You can hear a riser sound below. This makes uses of the “Dugga Duh” LFO shape. This is synced by the MIDI clock, to keep it in time with the track.
Atmegatron riser sound

Paul (Taylor) then arranged and mixed the track the next day and gave it that classic _ensnare_ “massive banger” treatment! However he didn’t use any plugins other than basic compressors, eqs, delays and reverbs and didn’t add any additional sounds, so the track is still 100% pure Atmegatron.

I don’t want to detract too much attention from the awesome software that ships with the Atmegatron, but I hope that its ability to change into completely different synths will eventually become a major part of the Atmegatron’s appeal. When you buy an Atmegatron you don’t get 1 synthesizer, you get ∞ synthesizers!