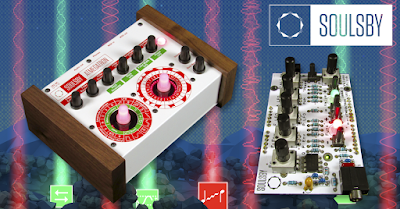 The Atmegatron relaunches today at the new price of £199 / €299 / $299. It is available from the webshop and distributors will have stock imminently.
There’s also a new 90 second promo which covers all of the essentials.

The miniAtmegatron launches today. It is a synthesizer shield kit for the Arduino Uno. The sound engine is based on the Atmegatron. They retail for £29 / €39 / $39. The kit contains the PCB, all components and instructions. It doesn’t contain an Arduino Uno. By MIDI-hacking your Arduino Uno, the miniAtmegatron can be controlled via MIDI over USB. There will be a tutorial on how to do it this week.
This 90 second promo covers the essentials about the miniAtmegatron.

There is also a comparison table on the Products page.